Finale from "Symphony No. 3" (tr Kreines) 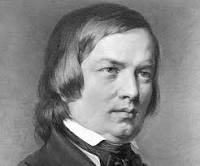 The Symphony No. 3 in E♭ major, Op. 97, also known as the Rhenish, is the last symphony composed by Robert Schumann, although not the last published. It was composed from 2 November to 9 December 1850 and premiered on 6 February 1851 in Düsseldorf, conducted by Schumann himself, and was received with mixed reviews, "ranging from praise without qualification to bewilderment".

Schumann was inspired to write the symphony after a trip to the Rhineland with his wife Clara. This journey was a happy and peaceful trip, which felt to them as if they were on a pilgrimage. He incorporated elements of the journey and portrayed other experiences from his life in the music.