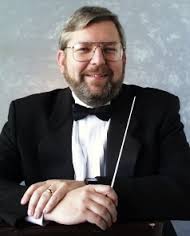 Fantasy on "Yankee Doodle" is a free treatment of one of America's most famous early songs. It was commissioned by, and premiered by, The Bethlehem Central School District Band Festival in Delmar, NY, on March 16, 1995, with the composer conducting.

The work begins with a vigorous fanfare, leading into a humorous statement of the theme by solo tuba. This light, quirky treatment of the theme is followed by a dark, mood variant, featuring solo alto saxophone. A spirited allegro then transforms the mood to one of joyous expectation. After a lyric episode using fragments of the tune, a Latin percussion vamp eventually leads to a full statement of the theme. The final maestoso fanfare leads this work to a satisfying and exciting close.

Fantasy on “Yankee Doodle” is a free treatment on one of America’s most well known early songs. The words of Yankee Doodle were written by an English Army surgeon, Dr. Richard Schuckburgh. The song poked fun at untrained American troops during the French and Indian War in 1755. The soldiers liked the song instead, and it became well known by the time of the Revolutionary War. It was often sung by the colonists in battle and it was played as the British left after the surrender of Yorktown. The early Dutch settlers of New York called Johnny “Janke,” pronounced “Yankee.” Doodle meant “a simple, foolish person.”

Mark Williams masterfully transforms this simple melody by using a set of variations that showcases every section of the ensemble. Although opened by a humorous statement of the theme by solo tuba, it does not take long to realize this is not a novelty piece. The varied styles and moods are displayed in well-written music that is perfectly held together by the original theme.

It was commissioned by, and premiered at, the Bethlehem Central School District Band Festival in Delmar, New York, in 1995 with the composer conducting.