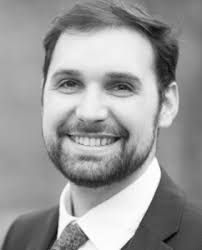 Fantasy on Die Zauberflöte is drawn from Mozart’s famous opera, Die Zauberflöte (commonly known in English as The Magic Flute). Full of fun, quirk, and nuance, this work for wind band aims to surprise both its performers and listeners with an unassuming emotional experience. Similar to Die Zauberflöte, the surface is seemingly simple and light hearted. As the fantasy unfolds, there are gentle tugs on the heartstrings juxtaposed against snapshots of raw power, while eccentric playfulness seamlessly develops into moments of genuinely joyful inspiration.

In Fantasy on Die Zauberflöte, three of the opera’s main characters — Tamino, Papageno, and the Queen — are given alternate personalities and dispositions. Tamino, initially the hero protagonist of enlightenment and virtue, is now given the most playful and mischievous voice of all the “cast”. Meanwhile, Papageno, beloved as the somewhat funny and clumsy sidekick to Tamino, is now given a role full of introspection and lyricism. The Queen, infamous for her violent aria that exposes her dark side in Mozart’s opera, now provides an uplifting and inspirational voice that overpowers with good rather than evil.

Some of this work’s motivic material drawn from Mozart’s masterpiece is intentionally straightforward, clearly connecting the band work to its muse. The opening flute flourish, resembling the magic flute played throughout Mozart’s opera, goes on to serve as the central building block for Fantasy on Die Zauberflöte. Another overarching and significant reference is found in the various three-chord fanfares that interject throughout the work — drawn from the opening chords of the opera’s overture.

Fantasy on Die Zauberflöte is divided, roughly, into three sections. The first section is full of brisk, playful gestures. After a brief introduction, a broad, flowing melody takes center stage that portrays the new Tamino (calling on his opening aria from the opera, “This image is enchantingly beautiful”). The Queen is then introduced, making a partial but clear and obvious reference to her most famous aria from Mozart’s opera (“Hell’s vengeance boils in my heart”).

The Fantasy‘s second section is devoted to Papageno, whose inelegance has transformed into eloquence. The leaping theme outlines his performance of “Hm!” in Mozart’s production, while the melody above tremolo woodwinds references his opening number. Scalar motives return — both ascending and descending — and reach a satisfying but not overwhelming peak to end the second section.

The third and final section begins with intense drama and development before ramping up into a recapitulation of Tamino’s opening theme at a brisker tempo. The Queen’s music is further developed and tightly wound through a speeding and slowing of tempo alongside interplay of major and minor. Papageno can also be heard once more on his ‘magic bells’ before the wild and stirring close. Just as in the opera, good triumphs over evil. But in the case of Fantasy on Die Zauberflöte, one could imagine a heroic Queen leading the final charge.

Die Zauberflöte ( The Magic Flute) is an opera in two acts by Wolfgang Amadeus Mozart to a German libretto by Emanuel Schikaneder. The work is in the form of a Singspiel, a popular form that included both singing and spoken dialogue. The work was premiered on 30 September 1791 at Schikaneder's theatre, the Freihaus-Theater auf der Wieden in Vienna, just two months before the composer's premature death.