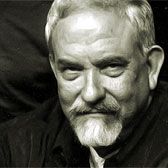 The Fantasticks is a 1960 musical with music by Harvey Schmidt and lyrics by Tom Jones. It tells an allegorical story, loosely based on the play The Romancers (Les Romanesques) by Edmond Rostand, concerning two neighboring fathers who trick their children, Luisa and Matt, into falling in love by pretending to feud.

The show's original Off-Broadway production ran a total of 42 years and 17,162 performances, making it the world's longest-running musical. It was awarded Tony Honors for Excellence in Theatre in 1991. The poetic book and breezy, inventive score, including such familiar songs as Try to Remember, helped make the show so durable.

Two houses are separated by a wall (portrayed by a mute actor) in an unspecified American town. A mysterious bandit, El Gallo, tells about the kind of September "when love was an ember about to billow." He begins to narrate the plot of the play. Two young people, Matt and Luisa, live next door to each other and fall in love. However, their fathers are feuding and order them not to speak to each other.

This overture arrangement of tunes from The Fantasticks includes Try to Remember, Pick a Radish, Soon It's Gonna Rain and They Were You.