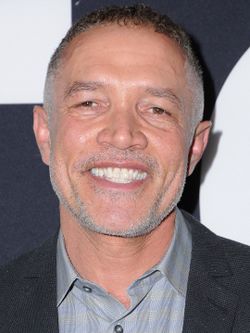 Falling Sky is a four-movement work for concert band inspired by the crisis at the southern border concerning the treatment of migrants seeking asylum at the hands of the U.S.government.

The first movement is intended to depict migration itself, its hardships, sacrifices, and the labor of the journey into the unknown. In the second movement, the migrants reach the border, submit to processing and appeal for mercy, only to be judged unworthy and forced into detention. The third movement is a rage of anguish and despair, expressing terror, anger, and humiliation at confinement without charge or due process. The final movement is an attempt to find some measure of solace or optimism for the future in spite of the present situation.

Specifically, the inspiration was images in the media of children playing seesaw through the border fence, on pink seesaws designed by visual artists as a way to demonstrate how humanity remains capable of transcending its tendency toward division and persecution.

Stylistically, the piece is deliberately diverse, drawing on both classical and contemporary forms and harmonies. The first movement is straight-forward mood music, depicting solemness and slow, heavily-burdened travel that is led by hope. The second movement uses hip-hop because of its link to social justice and because its harmonies and rhythms are so effective at depicting aggression. The third movement is equally aggressive but in ways more traditional to concert music. The fourth movement is a hopeful, melancholic hallucination, and so its harmony and approach is post-modern with influences of minimalism.