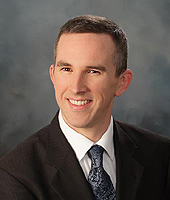 Using the creative imagery of mischievous and somewhat sinister elves, James Kazik plays tricks on the ears with this innovative composition. Rich with dark and gritty sonorities, Eviler Elves will make a stunning yet entertaining addition to any concert program.

James Kazik's Eviler Elves was originally commissioned by the Oklahoma State University Trombone Choir, Paul Compton, director, for performance at the Emory Remington Trombone Choir Competition at the International Trombone Festival in Salt Lake City, Utah, in 2008. Attracted to the piece, Joseph Missal, director of bands at Oklahoma State, commissioned Kazik to compose an expanded version of the piece for wind ensemble.

In his program notes, the composer wrote the following:

Evil elves served as programmatic inspiration for the piece. The thought of the trombone representing an evil elf opened up wondrous possibilities for experimental tone colors that could not possibly be used in other homogenous ensembles. Considering the fun I had playing with colors in the trombone ensemble, It was a pleasure to expand it and use tone colors present in the modern wind band. The low brass, and the trombones in particular, remain the focus of the primary color anchors in this piece.