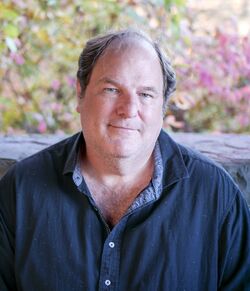 Evan Hause (b. 22 April 1967, DeLand, Fla.) is an American composer, conductor, and multi-instrumentalist.

Dr. Hause earned a DMA and MM in composition from the University of Michigan after a BM from the Oberlin Conservatory (in percussion and composition), with additional work at the North Carolina School of the Arts.

Dr. Hause's music has been performed, and in many cases commissioned, by the Boston, Albany, Phoenix, Utah, Louisville, Memphis, Brooklyn and Grand Rapids Symphonies, Alarm Will Sound, Locrian Chamber Players, and Tales & Scales, among others. It has been played at numerous colleges and universities, as well as at Lincoln Center, Banff Centre for the Arts, June in Buffalo, and in a number of countries outside of the United States.

Hause received several ASCAP Morton Gould awards; residencies at the Edward Albee “Barn” on Montauk, MacDowell Colony, and Atlantic Center for the Arts; grants from the Alice K. Ditson Fund of Columbia University and the Brooklyn Arts Council; the Rackham Regents and Dissertation Fellowships of the University of Michigan; the Herbert Elwell (now the Walter Aschaffenberg) Composer Award of the Oberlin Conservatory; the Sanford Scholarship of the North Carolina School of the Arts; and an Aspen Music Festival scholarship.

His major works include three operas, known as The Defenestration Trilogy (2000-2007), one mini-opera called Nassau (2004-2011), an hour-long cantata called The Ship of Death, concerti for the marimba, trumpet, and electric guitar, and several albums of eclectic rock songs and jazz compositions.

As a percussionist, Hause has performed with Alarm Will Sound (also as electric guitarist), S.E.M. Ensemble, and the Symphonies of North Carolina, Canton, Charleston, Greensboro, Winston-Salem, Flint, Ann Arbor, Long Island, Albany (N.Y.), and many others.

He has taught at Pittsburg State University (Kan.), Concordia College (Bronxville, N.Y.), and the North Carolina Governors School. From 2005 to 2018 he worked as general manager for the Edward B. Marks Music Company. He currently teaches electronic music at Drew University in New Jersey.