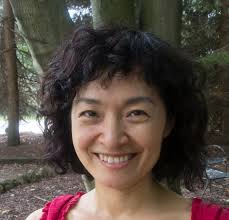 Ms. Lee took her first piano lesson at the age of three. Her mother and high school teacher recognized that she liked to improvise on the piano and encouraged her to study composition. After studying music theory and harmony privately with Namkung DukEun, her college-level study in Korea at Ewha Woman’s University was in composition theory, followed by a master's in composition theory.

After graduating from this program, she taught private students and various classes in universities in Korea before she moved to New York for graduate studies in composition at Manhattan School of Music. She earned her Ph.D. (2011) at the University of Chicago, where her teachers included Shulamit Ran, Jan Radzynski, Bernard Rands, and computer music with Howard Sandroff and Kotoka Suzuki. Also she did graduate studies with David Noon at Manhattan School of Music.

Her instrumental pieces, computer music, multimedia pieces, and film music have been featured in festivals and concerts in many countries. Some of her works received the first prize at Tsang-Houei Hsu International Music Composition Award; the 2008 Max Di Julio Prize at the Nevada Encounters of New Music (N.E.O.N.) Festival; Honorable Mention in Great Wall International Competition; and she won the first regional award in the SCI/ASCAP student composition commission (2006,2009,2010). She has received commissions from ALEA III, Sejong Cultural Society, Timetable Percussion, flutist Barry Crawford, and percussionist Yu-Chun Kuo; and the Virginia Center for the Creative Arts 2010.

Dr. Lee joined The Boston Conservatory as a full-time faculty member in 2014.