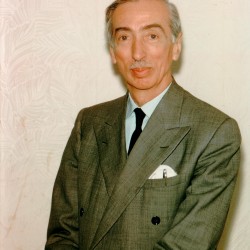 Zádor studied at the Vienna Music Academy and in Leipzig with Max Reger. He taught from 1921 at the new New Vienna Conservatory and later at the Budapest Academy of Music. On the outbreak of World War II he emigrated to the U.S., where he became a successful composer of film scores for Hollywood. He also wrote a number of operas in which the characterization and orchestration are worthy of note, and orchestral pieces in a style that owed something to Reger and Richard Strauss, including the popular Hungarian Caprice (1935) and concertos for such instruments as the cimbalom (1969) and accordion (1971).

Although his operas are said to be strongly characterized and skillfully orchestrated, his compositional style remained within the late romantic language of Richard Strauss and Max Reger (he claimed to occupy a position "exactly between La Traviata and Lulu)".