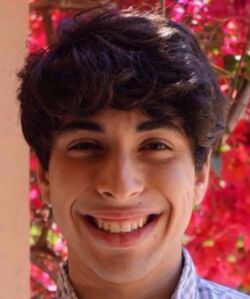 Mr. Gurwitz's mother is a band director and teaches flute lessons, so he was exposed to music very early. He began piano lessons when he was six years old and started French horn in sixth grade.

Gurwitz first became interested in composition when his mother bought Finale on a family computer to arrange pieces for her band in 2015. Years later, he decided he wanted to study composition full time. As a senior undergraduate student, he double-majors in music composition and applied mathematics. With his composition Concerto for Bass Trombone (dedicated to Ron Wilkins), he was selected for the 2021 International Trombone Festival Composers Workshop and was a finalist for the 2021 ASCAP Morton Gould Composition Contest. Additionally, he won the 2021 Alpha Chi Edwin W. Gaston, Jr. National Scholarship with his composition When the Last Kaua’i O’o’ Sang. He was also selected as a finalist for the 2020 Irving Symphony Orchestra Composer-in-Residence position and has received recognition in other composition contests.