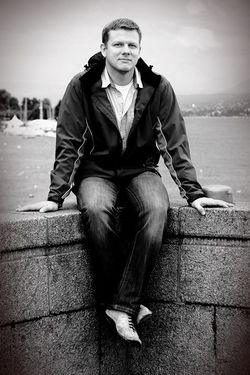 Ešenvalds studied at the Latvian Baptist Theological Seminary (1995–1997) before obtaining his master's degree in composition (2004) from the Latvian Academy of Music under the tutelage of Selga Mence. He took master classes with Michael Finnissy, Klaus Huber, Philippe Manoury and Jonathan Harvey, amongst others. From 2002 to 2011 he was a member of the State Choir Latvija. From 2011 to 2013 he was Fellow Commoner in Creative Arts at Trinity College, University of Cambridge.

Ešenvalds is a three-time winner of the Latvian Great Music Award (2005, 2007 and 2015). In 2006, the International Rostrum of Composers awarded him first prize for his work The Legend of the Walled-in Woman. Ešenvalds composed the official anthem of the 2014 World Choir Games during Riga European Capital of Culture 2014. Ešenvalds teaches at the Department of Composition of the Latvian Academy of Music.

Ēriks has won multiple awards for his work and undertakes many international residencies working on his music and lecturing. Recent premieres include Lakes Awake at Dawn for the Boston Symphony Orchestra and City of Birmingham Symphony Orchestra, Whispers on the Prairie Wind for Utah Symphony and the Salt Lake Vocal Artists, and St Luke Passion.. for the Latvian Radio Choir. His full-scale opera The Immured was premiered at the Latvian National Opera in 2016, and 2018 saw the premiere of his second major multimedia symphony based on volcanoes.

Ešenvalds teaches at the Department of Composition of the Latvian Academy of Music.