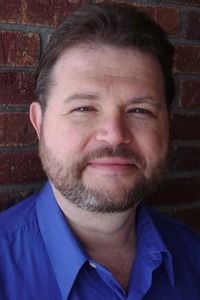 Eric Richards, a native of Pittsburgh, is an American composer/arranger, conductor, trombonist and educator.

Dr. Richards is the Associate Professor of composition and jazz studies at the University of Nebraska-Lincoln (UNL) School of Music, situated in the Hixson-Lied College of Fine and Performing Arts. At UNL, Eric works alongside first-year through doctoral students in applied composition (classical and jazz/vernacular styles), teaches related courses (e.g., orchestration and jazz arranging), and directs the award-winning UNL Jazz Orchestra. Prior to joining the faculty at Nebraska, Eric served on the faculty of Midland University in Fremont, Nebraska, as music program coordinator, director of instrumental activities and assistant professor of music theory and technology.

In 2004, he honorably retired from two decades of service as composer/arranger (Master Sergeant/E-8) with The United States Army Field Band based near Washington D.C.

As a composer who defines himself as a “contemporary American eclectic”, Dr. Richards has written music for groups ranging from rural high school marching bands to chamber music ensembles to nationally recognized big bands and symphony orchestras.

As a conductor and clinician, Eric has worked in a broad array of settings ranging from live concerts of jazz, concert, and chamber music to professional recording sessions. He has led numerous ensembles in performances, recordings, rehearsals, and clinics.

Eric’s work as a composer/arranger and trombonist has been heard at the Montreux, Vienne, North Sea, and Nice Jazz Festivals in Europe and in performances across the United States, Europe, Asia and India. As a trombonist, he has performed with numerous ensembles to include: The U.S. Army Jazz Ambassadors, The U.S. Army Field Band, The Omaha Jazz Orchestra, The Nebraska Jazz Orchestra, the Washington DC–based Klezmer group Lox & Vodka, and numerous commercial and variety bands. He has shared the stage with artists such as Bob Brookmeyer, Dave Liebman, Joe Morello, Jim Pugh, Ben Vereen, Jack Jones, and The Fifth Dimension. In 1999, Eric’s 25-minute retrospective of the music of Duke Ellington for symphony orchestra and big band, An Ellington Centennial Portrait, was premiered by the Baltimore Symphony Orchestra and the U.S. Army Jazz Ambassadors under the direction of Marvin Hamlisch.