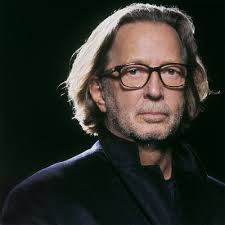 His grandparents, who raised him, gave him his first guitar. He began imitating great blues guitarists and soon befriended Tom McGuiness. Together they joined the group Casey Jones and the Engineers.

In 1963, Clapton joined the Yardbirds, and he helped propel them to prominence. He then performed with several other groups and in recording sessions. When Cream was formed in 1966, Clapton became a superstar, and became one of the most influential artists of his time. In 1971 he embarked on a solo career.

After conquering an addiction, Clapton began to record again in 1974. Since that time, he has produced a string of hit singles and albums. He has also produced Live Aid concerts, television documentaries, two biographies, and an annual series of concerts at London’s Royal Albert Hall. His 1992 hit, Tears in Heaven, is a song he wrote to express his feelings over the death of his son. He also has auctioned over 100 of his personal guitars, the proceeds of which benefited Crossroads, a drug rehabilitation center he founded in Australia. Clapton has won more than eight Grammy awards, and has recorded more than 20 albums.