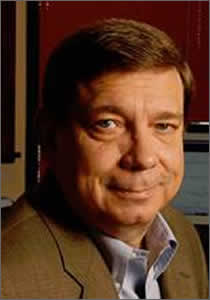 Somewhat aleatoric in nature, Epinicion represents an ancient song of victory sung at the conclusion of a triumphant battle. The Greeks would sing the song as they walked through the battlefield sorting the wounded from the dead.

Times were changing. The social revolution of the 1960s spilled into the ‘70s with decade-old commotion, unrest, uncertainty, and experimentation. The “Me Generation” of the ‘70s would be defined by a rejection of the old, and search for the new. During the ‘60s some pioneering composers and conductors sought to redefine what band music would be — rejection of the old, and search for the new. These mavericks initiated change that would transform the body of literature made available for the concert band. A high school band director from Minnesota, John Paulson, was affected by their cause. Epinicion would become one such composition that redefined band music.

Epinicion is an intense composition and is unsettling music; it is music that came forth in response to the societal afflictions of the Vietnam War. Epinicion is music that seems to suspend time; indeed, often there is no indicated tempo indicated in the score. Epinicion is haunting music; the title is taken from the ancient Greek word meaning a song of victory in time of war. Epinicion is disparate music; the divisiveness of the Vietnam War during the 1960s and ‘70s remains no less provocative in debate today. Epinicion is lonely, destitute, and alienating music. Just like in the other arts, in the 1970s band music takes a decidedly new direction.

There was a tremendous output of new music for band in this decade of art music for the sake of art. But much of this music was received as being impersonal, selfish, and distancing. Audiences were alienated by this new music. This new style of band music might very well have been genuine, heartfelt, and profound. Performers, conductors, and audiences might readily accept that this new music was, indeed, artistic. But to many, it seemed that composers did not care if anyone was listening. For it was during the ‘70s that audiences literally walked out of many a band concert. It seemed as though most people were not interested in hearing this new, art music for wind ensemble. Audiences at wind ensemble concerts often asked, “Was that supposed to be music?”