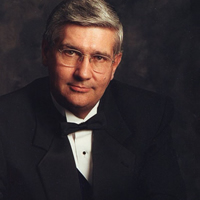 An English Triptych is a collection of English folk songs from regions where Doug Smelser, director of the Herculaneum band, has visited.

The first folk song is Constant Billy. It is of English origin, a Morris dance. The tune appears to be a close variant of a Scots tune called Cia Mar Is Urra Sinn Fuirreach O'n Dram (How Shall We Abstain from Whiskey?) from the early 18th century.

The second song, set as a ballad, is Over the Hills and Far Away. It is a traditional song, dating back to at least the late 17th century. The final folk song is The Rambling Sailor. Of broadside origin, the song deals with the free and easy dealings of the sailor Young Johnson, an attitude popularly supposed to be typical of sailors and soldiers. In fact, it began life as The Rambling Soldier, and as such was a favorite song of fairground singers in the 18th century.