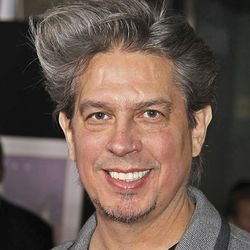 Goldenthal was born as the youngest son of a Jewish housepainter father and a Catholic seamstress mother in Brooklyn, New York City, where he was influenced from an early age by music from all cultures and genres. Goldenthal lived in a multi-cultural part of town, and this is reflected in his works. He attended John Dewey High School in Brooklyn where, at the age of 14, he had his very first ballet, Variations on Early Glimpses, performed; he continued to display his eclectic musical range, performing with rock bands in the seventies. He then studied music full time at the prestigious Manhattan School of Music, where he studied with composer John Corigliano, to earn his Bachelor of Music degree in 1977 and his Master of Music degree in 1979 in musical composition. He was also a student of Aaron Copland.

Goldenthal has written works for concert hall, theater, dance and film. His work includes music for films such as Pet Sematary, Alien 3, Michael Collins, Batman Forever, Heat and the Academy Award-winning score for Julie Taymor's Frida, a movie in which Goldenthal had a small acting part as a "Newsreel Reporter." Incidentally he also had a small part in the stage show Juan Darièn as a "Circus Barker/Streetsinger".