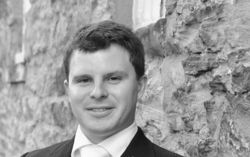 Ella Que Llora was loosely inspired by the myth of La Llorona, or the Weeping Woman. According to folklore from Central and South America, La Llorona is the ghost of a woman who drowned her children and now wanders along the banks of a river, looking for them and weeping. While the figure is often framed as an antagonist in popular culture, Ella Que Llora leaves it to the audience to decide whether the woman’s actions were accidental or not. The work shifts between vignettes from the woman’s past and present, while the sound of the river remains omnipresent, expressed through musical references to rushing waves and historical works about water embedded in the orchestration.

Ella Que Llora was written specifically for soprano Lindsay Kesselman and commissioned by a consortium of wind ensembles led by Kevin Geraldi at The University of North Carolina at Greensboro and Sarah McKoin at Texas Tech University. There are two companion pieces to the work: Nullipara, which follows a modern woman’s struggle with fertility issues, and Pitch Past Pitch of Grief, an intoned chant for four female voices that draws the soul of a child to its parents.