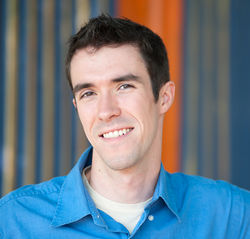 Eli Fieldsteel (b. 14 July 1986, Middletown, Conn.) is an American composer and educator.

Dr. Fieldsteel specializes in music technology with a diverse history of cross-disciplinary collaboration. His music and research engages with the intersection between music technology and contemporary instrumental practice, focusing on topics such as human-computer improvisation, interactivity, and generative music. Utilizing new technologies and real-time environments, his works are highly gestural, expressive, and richly detailed. As an active collaborator, he has worked closely with dancers, choreographers, lighting designers, architects, and video artists, resulting in a variety of unique and site-specific installations and performances. He is fluent in several contemporary music programming languages, and maintains an active teaching presence online through a well-trafficked series of SuperCollider tutorials.

He is the recipient of the 2014 James E. Croft Grant for Young and Emerging Wind Band Composers, first prize in the 2012 ASCAP/SEAMUS Student Commission Competition, as well as awards and recognition from other organizations, including the Bandmasters’ Academic Society of Japan and the Frank Ticheli Competition. His music has been performed nationally and internationally by ensembles such as the Dallas Wind Symphony, the North Texas Symphony Orchestra, the Kawagoe Sohwa Wind Ensemble of Tokyo, and the University of North Carolina Chapel Hill Wind Ensemble.

Fieldsteel is currently Assistant Professor of Music Composition-Theory at The University of Illinois at Urbana-Champaign, where he serves as the director of the Experimental Music Studios.