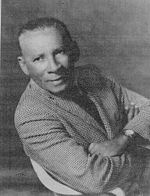 Puerto Rican songmeister Rafael Hernández Marin was dubbed “Mr. Cumbanchero” by Pres. John F. Kennedy, and his infectious creation is typical of the requisite “popstage” closers performed at band concerts across Japan. Naohiro Iwai, with more than 5,000 arrangements and compositions to his credit, is still active as a writer and guest conductor at 90 years of age. His Dreams of Tomorrow was performed by thousands of bands as one of the 2013 All Japan Band Competition’s five test pieces.