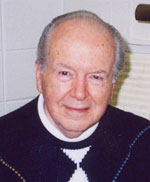 Sometime ago, I became acquainted with Dr. and Mrs. Robert Platt. They were geographers who had represented the University of Chicago, traveling the world, mapping the paths of man and nature. I often sat with them in their pre-Civil War home in Morgan Park and became fascinated with their descriptions of the ancient Guatemalan city, Antiqua, and of the peoples who had established a great civilization there long before the arrival of the Spanish.

Mrs. Platt wore an exquisite, hand-wrought silver ring which was given to her on one of her journeys; she was told that it once belonged to a Spanish Conquistador. As she related the story of the ring, she also sang the native songs that she had heard and recorded in her sensitive mind. One of these songs was sung by a woman who, kneeling at the side of her dead husband, would sing her lament unto death; no more to take water or food and finally to join her husband in the world of the spirits.

Another of the songs was a work-chant, and I have attempted to convey something of the dignity and fierce determination of proud peoples doomed to be subjugated, but refusing to bow before conquerors. Other songs are of ancient wars and thoughts long gone. Their message compelled me, and, as I wrote, I thought of foolish Man who has not yet learned from the catastrophes of history, such as the tragedy that engulfed the early Indians of Guatemala.

Composed in 1969, El Anillo Guatelmateco was premiered by the Northwestern University Symphonic Band under the direction of John Paynter, on January 23, 1970, at the Illinois State Music Educator's Conference held in Peoria, Illinois.