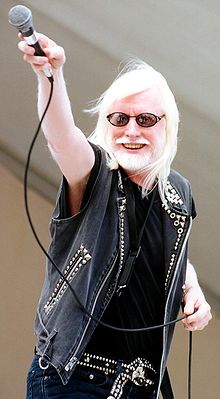 Both Winter and his older brother Johnny were born with albinism, and both were required to take special education classes in high school. By the time Edgar Winter left his hometown of Beaumont, Texas in the 1960s, he was already a proficient musician.

Winter's music encompasses many different genres, including rock, jazz, blues, and pop. From his critically acclaimed 1970 debut release, Entrance, he has demonstrated his unique style and ability to cross the genre lines and do the unexpected. His early recording of Tobacco Road propelled him into the national spotlight. Edgar followed Entrance with two hit albums backed by his group White Trash, a group originally composed of musicians from Texas and Louisiana. White Trash enjoyed huge success, both with the 1971 release of the studio album, Edgar Winter's White Trash, and with 1972's follow-up live gold album, Roadwork.

In late 1972, Winter brought together Dan Hartman, Ronnie Montrose and Chuck Ruff to form The Edgar Winter Group (not to be confused with the Paul Winter Consort), who created such hits as the number one Frankenstein and Free Ride. He is known for being a multi-instrumentalist — keyboardist, guitarist, saxophonist and percussionist — as well as a singer. His success peaked in the 1970s.

Winter invented the keyboard body strap early in his career, an innovation that allows him the freedom to move around on stage during his multi-instrument high-energy performances.

Major national television and radio campaigns have used Winter's music to advertise their products. Winter has also made frequent television appearances, both to promote his music, and to give his opinions on everything from Politically Incorrect to a commercial with George Hamilton for Miller Lite beer.