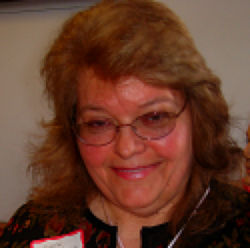 Subtitle: A Collection of Northern Myths

The title is taken from a 13th century collection of Norse myths entitled “Poetic Edda," many of whose characters and plot lines were also used in Richard Wagner’s monumental Ring Cycle, James Cameron’s Avatar and George Lucas’ Star Wars. The fate of one of Edda’s leading characters, Odin (Wotan), also has parallels in the Book of Genesis. Ms. Williams writes:

The first movement is entitled Asgard, which was the home of the Norse gods. It is a busy and militant place, but there is a melancholy feeling also, for a threat of doom hangs over this great city. The second movement is entitled Yggdrasil, which is the great tree whose roots run through all nine worlds of the Norse myth. At the foot of the tree is Mimirs Well, where the great god Odin gave up one of his eyes as the price for drinking the well’s water, which conferred great wisdom. The last movement is called Ragnorak which is the day the powers of darkness overthrow the gods and the universe. On this terrible day all of the Norse gods, even Odin and Thor, are killed in the act of slaying their foes, which included the Midgard serpent, the giants of Jotunheim, and the evil god Loki. The whole Norse universe goes down in flames in this battle, fought on the plain of Vigrid.