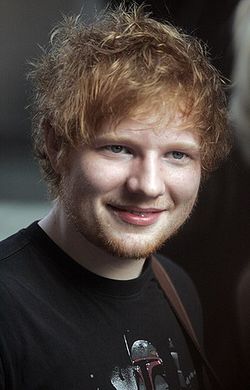 Sheeran sang in a local church choir from the age of four, learned to play the guitar at a very young age during his time at Rishworth School, and began writing songs while at Thomas Mills High School in Framlingham. He was accepted at the National Youth Theatre in London as a teenager.

Sheeran began recording music in 2004, and independently released his first collection of work, Spinning Man. Since then, he has sold more than 26 million albums and 100 million singles worldwide, making him one of the world's best-selling music artists. Two of his albums are in the list of the best-selling albums in UK chart history: x (at number 20) and ÷ (at number 34). As an actor, Sheeran has portrayed recurring roles on The Bastard Executioner and Home and Away. He also appeared as a Lannister soldier on Game of Thrones.

Sheeran was appointed Member of the Order of the British Empire (MBE) in the 2017 Birthday Honours for services to music and charity. He received the award from Prince Charles at Buckingham Palace on 7 December 2017.