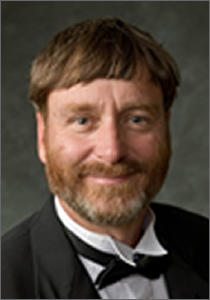 Ed Kiefer (b. 1954) graduated from Wake Forest University with honors in 1976. He received his Masters in Music Education in 1990 from the University of Greensboro. He served as the Director of Bands at East Davidson High School in Thomasville, NC for 28 years and as Director of Instrumental Music at Pfeiffer University for six years.

Kiefer was awarded the Jaycees Young Educator of the Year Award in 1994, has been recognized by his fellow band directors with the Award of Excellence, and is sought after as an adjudicator, clinician and conductor for state and national concert, marching and jazz events.

Ed uses his experience as a middle and high school director to compose music that is playable and fun for the students and audiences alike. Those years in the classroom have allowed him to learn what is easy for the students and what challenges them musically. His publications have been performed world-wide and featured at the Midwest Clinic in Chicago. Some of his works are on several state music festival lists and are played regularly at festivals and conventions.