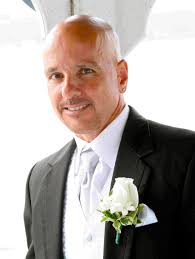 Ed Argenziano (b. 13 June 1958) is an American composer, educator and percussionist.

Mr. Argenziano holds a Bachelor of Science degree in music education from William Paterson University, and a Master of Arts degree, music performance, from Montclair State University. He has performed with the New Jersey Percussion Ensemble, N.J. Chamber Ensemble.

Ed had been a high school music director in New Jersey for 32 years, and the Fine Arts Department chairperson and director of instrumental music/orchestra at Clearwater High School, in Florida for two years. Ed was also on the faculty of Fairleigh Dickinson University Middle College. He is presently the percussion director at Northside Christian School in St. Petersbsurg.

Ed served as the North Jersey Area Honors Band president and conductor. He also served as the New Jersey Allstate Percussion coordinator. He is an educational artist for Zildjian, Vic Firth, REMO, and the Ludwig/Musser Drum Company.

Ed is extremely involved as a music/percussion clinician and music adjudicator and has toured extensively throughout the United States, Canada, Netherlands and Japan. He is an adjudicator for Drum Corps International, Winter Guard International Percussion & Winds, and Bands of America and served on the WGI Percussion Steering Committee.

He has numerous commissions for percussion arrangements and compositions throughout the world.