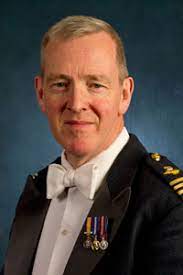 Duncan Stubbs (b. 4 August 1961, Stoke-on-Trent, Beritain) is a British bassoonist, conductor and composer.

Both of Stubbs' parents played piano, and, as a result, he began playing at an early age. At age 12, he began to learn to play bassoon in school. He organized a small wind ensemble when he was 14. In his teens he became fascinated in golf, and for a time, the course had a stronger attraction for him than the bassoon. But, when he heard a concert by a wind band at his school, Sandon High School, he returned to his devotion to music.

Stubbs spent two years at Stoke-on-Trent Sixth Form College and then went to York University, where he studied for a math/music degree. There he sang in a barbershop quartet and had a leading role in Gilbert and Sullivan’s Trial by Jury. After graduating from York College, Stubbs spent a post-graduate year at Birmingham University, specializing in music education and performance.

In November 2006, he was appointed Director of Music, Headquarters Music Services, based at Royal Air Force Newholt. His responsibilities there were administrative; policy, procurement, allocations, and training aspects for all Royal Air Force musicians. Three years later, he was commissioned a wing commander and made principal director of the Royal Air Force.