Dream in the Last Third of Night 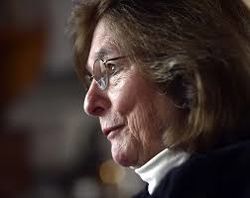 Subtitle: From Letter from Italy, 1944

Dream in the Last Third of Night is the final aria in Letter from Italy, 1944, an oratorio written collaboratively by sisters Sarah Meneely-Kyder, composer, and Nancy Meneely, librettist. The oratorio honors the life of Dr. John K. Meneely, Jr., their father, who served as a decorated doctor in the 10th Mountain Division during World War II. Words and music trace his experience during and after the war, the PTSD, little understood in that era, which led ultimately to his surrendering his life. This aria presents one daughter’s reflections on the constant generosity of his love for his family, the pleasure he provided despite his mortal suffering.

Additionally, the process of creating this oratorio was chronicled in the 2015 documentary Letter from Italy, 1944: A New American Oratorio, which premiered on Connecticut Public Televison/PBS. The documentary, which won a 2016 Emmy Award, was narrated by Meryl Streep and follows the creative process behind the oratorio by interweaving oratorio and rehearsal footage, history of the 10th Mountain Division, and interviews with the creators, singers, historians, audience members, and World War II 10th Mountain Division veterans.