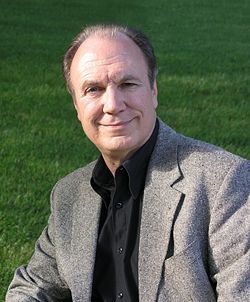 Don Freund (born 1947, in Pittsburgh, Pennsylvania) is an American composer and educator. He studied at Duquesne University (BM `69), and earned his graduate degrees at the Eastman School of Music (MM'70, DMA'72). His composition teachers were Joseph Willcox Jenkins, Darius Milhaud, Charles Jones, Wayne Barlow, Warren Benson, and Samuel Adler. From 1972 to 1992 he was chairman of the Composition Department at Memphis State University. As founder and coordinator of Memphis State University's Annual New Music Festival, he programmed close to a thousand new American works; he has been conductor or pianist in the performance of some two hundred new pieces, usually in collaboration with the composer.

Freund has composed over 100 performed works, ranging from solo, chamber, and orchestral music to pieces involving live performance with electronic instruments, music for dance and large theatre works; he is also active as a pianist, conductor, and lecturer. He has received a Guggenheim Foundation Fellowship (2005), two grants from the National Endowment for the Arts (Cello Concerto; Passion with Tropes), commissions including the Tennessee Arts Commission with Opera Memphis (Opera: The Bishop's Ghost), and prizes including the Washington International String Quartet Composition Competition, the International Society for Contemporary Music/League of Composers International Piano Music Competition, the 1995 AGO/ECS Publishing Award in Choral Composition (God's Grandeur), the 1997 Rodrigo Riera International Competition for Guitar Composition (Stirrings), the Hanson Prize, the McCurdy Award, the Aspen Prize, 25 ASCAP Awards, and a Macgeorge Fellowship from the University of Melbourne, Australia. His works are published by MMB Music, Boosey and Hawkes, ECS, Seesaw, and Vivace Press.

Currently, Freund is Professor of Composition at the Indiana University School of Music, a post he has held since 1992. In 1998 he was composer-in-residence at the Australian National Academy of Music, and lectured on his music at Royal Conservatories in Brussels and the Hague, the Royal Academy of Music in London, the Prague Conservatory and the Hochschule in Vienna. Teaching composition continues to be a major component of Freund's career; students from 30 years of teaching have won an impressive array of awards and recognitions.