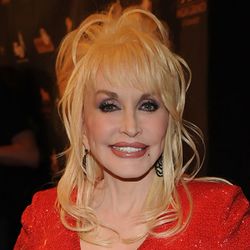 Dolly Rebecca Parton was in a one-room cabin on the banks of the Little Pigeon River in Pittman Center, Tennessee. She is the fourth of 12 children born to Avie Lee Caroline (née Owens; 1923–2003) and Robert Lee Parton Sr. (1921–2000). Avie Lee's father, Jake Owens, was a Pentecostal preacher, so Parton and her siblings all attended church regularly. Parton has long credited her father for her business savvy, and her mother's family for her musical abilities. While Dolly Parton was still very young, her family moved to a farm on nearby Locust Ridge. Most of her cherished memories of youth happened there, and it is the place about which she wrote the song "My Tennessee Mountain Home" in the 1970s.

Her earliest public performances were in the church, beginning at age six. At seven, she started playing a homemade guitar. When she was eight, her uncle bought her first real guitar. Parton began performing as a child, singing on local radio and television programs in the East Tennessee area. By ten, she was appearing on The Cas Walker Show on both WIVK Radio and WBIR-TV in Knoxville, Tennessee. At 13, she was recording (the single Puppy Love) on a small Louisiana label, Goldband Records, and appeared at the Grand Ole Opry, where she first met Johnny Cash, who encouraged her to follow her own instincts regarding her career.

After graduating from Sevier County High School in 1964, Parton moved to Nashville the next day. Her initial success came as a songwriter, having signed with Combine Publishing shortly after her arrival; with her frequent songwriting partner, her uncle Bill Owens, she wrote several charting singles during this time, including two top-10 hits: Bill Phillips's Put It Off Until Tomorrow (1966) and Skeeter Davis's Fuel to the Flame (1967). Her songs were recorded by many other artists during this period, including Kitty Wells and Hank Williams Jr. She signed with Monument Records in 1965, at age 19; she initially was pitched as a bubblegum pop singer. She released a string of singles, but the only one that charted, Happy, Happy Birthday Baby, did not crack the Billboard Hot 100. Although she expressed a desire to record country material, Monument resisted, thinking her unique voice with its strong vibrato was not suited to the genre.

After her composition Put It Off Until Tomorrow went to number six on the country chart in 1966, the label relented and allowed her to record country. Her first country single, Dumb Blonde.

After achieving success as a songwriter for others, Parton made her album debut in 1967 with Hello, I'm Dolly. With steady success during the remainder of the 1960s (both as a solo artist and with a series of duet albums with Porter Wagoner), her sales and chart peak came during the 1970s and continued into the 1980s. Parton's albums in the 1990s did not sell as well, but she achieved commercial success again in the new millennium and has released albums on various independent labels since 2000, including her own label, Dolly Records.

Parton's music includes Recording Industry Association of America (RIAA)-certified gold, platinum and multi-platinum awards. She has had 25 songs reach No. 1 on the Billboard country music charts, a record for a female artist (tied with Reba McEntire). She has 44 career Top 10 country albums, a record for any artist, and she has 110 career-charted singles over the past 40 years. She has garnered ten Grammy Awards and 49 nominations, including the Lifetime Achievement Award and a 2020 win with for KING & COUNTRY for their collaboration on "God Only Knows"; 10 Country Music Association Awards, including Entertainer of the Year and is one of only seven female artists to win the Country Music Association's Entertainer of the Year Award; five Academy of Country Music Awards, also including a nod for Entertainer of the Year; four People’s Choice Awards; and three American Music Awards.

In 1999, Parton was inducted into the Country Music Hall of Fame. She has composed over 3,000 songs, including I Will Always Love You (a two-time U.S. country chart-topper, as well as an international pop hit for Whitney Houston), Jolene, Coat of Many Colors, and 9 to 5. She is also one of the few to have received at least one nomination from the Academy Awards, Grammy Awards, Tony Awards, and Emmy Awards. As an actress, she has starred in films such as 9 to 5 (1980) and The Best Little Whorehouse in Texas (1982), for which she earned Golden Globe nominations for Best Actress, as well as Rhinestone (1984), Steel Magnolias (1989), Straight Talk (1992) and Joyful Noise (2012).