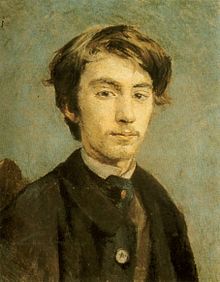 This work bears the designation Opus 36.

The French term divertissement (divertimento in Italian) was frequently used in the 18th and 19th century to identify an instrumental composition written in a light vein and used primarily for entertainment. The title was often given to an enormous variety of music written for chamber ensembles consisting of three to eight or more players. Closely related types are the serenade, cassation, and nocturne. Over the years, the divertimento has evolved into many different styles and forms.

Emile Bernard’s Divertissement, for example, is an outstanding three-movement wind symphony in a late Romantic style. Bernard was not a prolific composer. However, his serious and reflective disposition is shown in almost all of his works, including the Divertissement. Composed around 1894 for wind dectet and first performed by the Parisian Société des Instruments a Vent, the Divertissement was played at least three times by the Longy Club of Boston between 1900 and 1905. A critic for the Boston Transcript wrote of the Club’s 1904 performance: “The work is so well written that the lack of strings does not make itself so clearly felt as usual.” (Quoted in The Longy Club, by David Whitwell, WINDS, 1988, p. 43.)