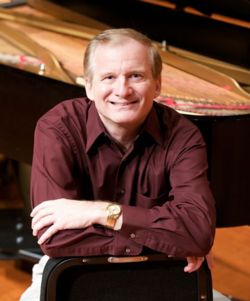 Diversions: Triptych for Symphonic Band was commissioned by and is dedicated to the Cornell University Wind Ensemble, Marice Stith, Director. It was completed in December 1985 with generous assistance from The College of Wooster Leaves Committee and Faculty Development Fund, the Virginia Center for the Creative Arts, and the Yaddo Corporation. The work was given its premiere 16 March 1986 at Bailey Hall, Cornell University, under the direction of the composer.

Cast in three movements, Diversions begins with an energetic "Intrada" in free sonata form. The second movement "Elegy," sparer in instrumentation, features solo passages for trumpet, flute and clarinet. The third movement "March," in three-part form, returns to the energetic spirit of the opening.

Diversions, performed at Old Dominion University by the Virginia Intercollegiate Band under the direction of the composer, was awarded First Prize by the Virginia chapter of the College Band Directors National Association at the 1987 Symposium for New Band Music in Norfolk. It was recorded by the Cornell University Wind Ensemble, guest-conducted by the composer, on CUWE-39.