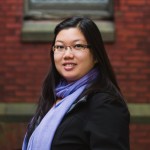 The title of this work is intentionally written in lower case and with brackets: diver[city].

diver[city] is a play on the word "diversity" -- a word commonly used to describe my hometown of Singapore. While the idea of racial harmony is not new in Singapore, the recent Freddie Gray protests in Baltimore (a city I called home for 2.5 years) prompted me to think more globally about racial discrimination, and other types of discrimination -- gender, age, religion, and disability. Discrimination exists because people tend to see differences more than they do similarities. What if we all identify with our similarities and learned about our differences? What would that world be?

In diver[city], I describe a utopia where numerous diverse musical motifs that are first introduced in the beginning evolve organically throughout the piece to create a new, cohesive musical landscape. Together, we make a better world if we all stand together as one.