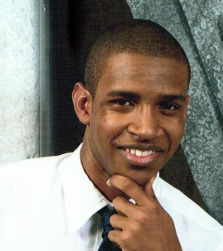 1. The Summoning
2. Bacchanalia
3. Glimpse of Eternity
4. The God that Comes
5. With Dionysus
6. Final Union

Dionysian Mysteries is a programmatic dance descriptive of the ancient rites of Ancient Greece and, in its own way, comments on our own societal liberation. This work lasts approximately 11 minutes and is in six continuous movements. After a rising musical statement across the band, The Summoning, begins with ominous and mystifying sounds that represent what I feel would be the typical environment as the rites initially begin with text from an Orphic hymn recited by the Maenads. A sinister tuba solo eventually transitions into a cacophonic aleatoric soundscape in which the entire ensemble participates; eventually accelerating into the next movement.

The second movement, entitled Bacchanalia, depicts the frenzied, intoxicating dancing of the Maenads as well as their various offerings to Dionysus. As the music continues to move forward it eventually fades into a delicate English horn solo. Glimpse of Eternity opens with the players imitating wind and oscillating whistling tubes that signify a dream-like state of euphoria which represents the Maenads gaining a brief experience of eternity with Dionysus. As piano colors and a somber English horn solo begin the movement, the Maenads soon join the soloist by singing the somber melody themselves. All of the melodies present in this movement soon join together to create a soaring climax that represents that brief feeling with Dionysus. Once the vision of Dionysus fades, a foreboding English horn solo follows.

The fourth movement, The God that Comes, sees the return of those ominous sounds from the first movement, but this time we can hear the audible heartbeat of Dionysus as it gets louder and louder. Percussion crescendos and piano colors build tension into the fifth movement. With Dionysus, without any warning, begins with a bombastic percussion cadence that depicts the emergence of Dionysus amongst the Maenads. The dance begins again, but has a greater sense of urgency this time around. After all of the sonoric activity within the ensemble, the eternity melody from the third movement returns but much brighter than before.

The final movement of this work, Final Union, depicts the final journey with Dionysus to eternity as the Maenads become one with him; achieving their ultimate liberation. The tuba solo from the first movement returns with a relentless piano ostinato to keep it moving forward to eternity. After various musical episodes and a powerful brass statement, the epilogue ends with a frenzy of musical sonority amongst the whole ensemble before a dramatic ending.