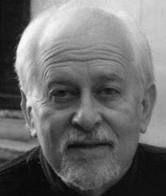 Lieb was (bass) trombone in various ensembles and orchestras such as the Radio City Music Hall Orchestra, the New York Tonight Show Band led by Skitch Henderson and Doc Severinsen and in the Kai Winding Septet. He has arranged and composed for all these groups.

As an arranger and composer, he worked for documentaries and TV series of the American Broadcasting Company (ABC), for special orders from the children's series Sesame Street. the Broadway show Dream and numerous orchestras, ensembles and artists, such as Doc Severinsen with the Phoenix, the Buffalo Orchestra, Milwaukee Orchestra and Minnesota Orchestra , the West Palm Beach Pops, Mandy Patinkin , Urbie Green , Buddy Rich and Rosemary Clooney .