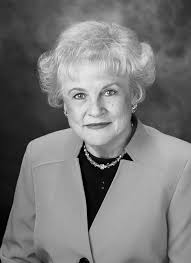 Dr. Price is known for her deeply spiritual humanitarian concern. She has composed more than 200 works for instrumental and vocal soloists, chamber ensembles, concert band, orchestra, concertos, choir, and choir with orchestra, and film. She has been commissioned by the Barlow Endowment for Musical Composition, Mu Phi Epsilon, Alaska State Council on the Arts, Metro Chamber Orchestra, Malachim Films, Meet the Composer, as well as individual artists. Her commissioned Triple Flute Concerto with String Orchestra was premiered in New York City in 2015.

As pianist, she has performed throughout the Americas, Asia and Europe under the auspices of Academia Pro Arte, the International Congress on Women in Music, and Asian and Chinese Women Composers Associations. Her teachers included Carl Fuerstner, Benning Dexter, Gyorgy Sandor, Aube Tzerko, Daniel Pollack, Gwendolyn Koldofsky, and Brooks Smith.

As an advocate for new music and living composers, Dr. Price served on the board of directors and as president of both the International Alliance for Women in Music and the National Association of Composer, USA. As educator, Dr. Price has taught theory and composition, piano, collaborative piano, and music history at the California State University at Northridge; the University of California at Santa Barbara; the University of Southern California; several community colleges; and the Crossroads School of Arts and Sciences in Santa Monica. She has also been visiting artist/composer/lecturer at many universities, the most recent being Georgia State University for the NACUSA National Convention in November 2014.

As author, her text Accompanying Skills for Pianists (1991) is used in more than 100 college music departments.