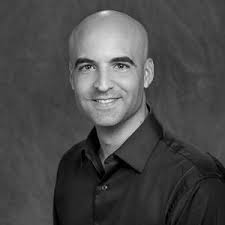 Dennis Llinás (b. 1980, Miami, Fla.) is an American conductor, educator and composer.

Dr. Llinás received a Bachelor of Science in Music Education from Florida International University and both a Master of Music and Doctor of Musical Arts in Conducting from The University of Texas at Austin. His primary conducting professors were Roby George and Jerry Junkin. Prior to his collegiate teaching, Dr. Llinás taught at Miami Coral Park High School in Miami, Fla. and W. Charles Akins High School in Austin, Tx.

Llinás serves as associate professor of music and director of bands at the University of Oregon where his principal responsibilities include overseeing all aspects of the UO Department of Bands, conducting the Oregon Wind Ensemble, teaching graduate and undergraduate conducting, and wind literature. Prior to his appointment at the U of O, he served as the associate director of bands at Louisiana State University where his responsibilities included conducting the LSU Symphonic Winds, teaching undergraduate and graduate conducting, and directing the Tiger Band.

As a clinician, Llinás has worked with chamber orchestras and wind ensembles in Colombia and Austria, served as an adjudicator for the Mid-Europe International Festival, worked with ensembles at the World Youth Wind Orchestra Project (WYWOP) and World Adult Wind Orchestra Project (WAWOP), conducted all-state and honor bands throughout the U.S., guest conducted the Dallas Winds and the West Point Band, and presented at several conventions including WASBE, The Midwest Clinic, TMEA, FMEA, LMEA, OMEA (Oregon) and OMEA (Ohio) to name a few. He has also published a chapter in the 10th volume of the Teaching Music Through Performance series.

In the world of marching arts, Llinás is an active arranger/composer/show designer producing marching band and indoor percussion shows for over 50 programs across the nation.