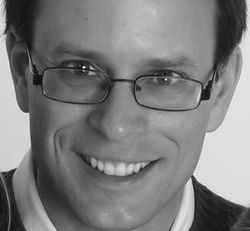 Case has served as visiting faculty in the Department of Composition and Theory at the Longy School of Music, and is a past faculty member at Boston College, Northeastern University, and Eastern Nazarene College (Quincy, Mass.) He is currently associate professor of music at Wheaton College in Norton, Massachusetts, where he teaches courses in composition, theory, songwriting, and popular music, and conducts the Great Woods Symphony Orchestra.

As a composer, Dr. Case has received honors and fellowships from numerous organizations, including BMI, The Society of Composers, and The College Music Society, among others. He is a former member of Boston's infamous composers' collective Composers in Red Sneakers. His concert music has been performed by legendary clarinetist Richard Stoltzman, the Borromeo Quartet, and Ibis Camerata, among many others. His music has been heard at the Kennedy Center and on NPR's Performance Today.

His original orchestral overture Rocket Sleigh has become the most popular new addition to the orchestral holiday pops repertoire, having been performed hundreds of times by over 70 orchestras in the U.S., UK, Canada, and Europe.

His two educational outreach pieces for narrator and chamber ensemble, originally commissioned by the Portland Symphony Orchestra, have been performed for over 10,000 children from Maine to California. In 2018 it was performed in Australia as part of the Canberra Symphony Orchestra’s outreach program.

As a concert producer, he has presented over 100 free- and low-cost concerts in his hometown of Quincy Massachusetts, as well as many outreach events in collaboration with the Quincy Public Schools, Thomas Crane Public Library, Quincy Council on Aging, Quincy Historical Society, and the Mayor's Office. Along with the Omer Quartet, he received a 2017 "Free For All" grant from The Boston Foundation to present outreach concerts at a homeless shelter, rehab clinic, and community center in the city of Quincy. In 2011 he was the recipient of a "40 Under 40 Award" from Stars, Inc, recognizing his status as a community leader on Boston's South Shore.

Dr. Case is a conductor who has directed a wide variety of ensembles at all levels. Currently he conducts the Great Woods Symphony Orchestra at Wheaton College. He is also the co-founder and conductor of Seven Seasons, a new music ensemble based in Portland, Maine, and the Quincy Bay Chamber Orchestra, a professional ensemble that dedicated to performing outreach concerts in the Quincy, Massachusetts area. He studied conducting with David Hayes at the Curtis Institute of Music, LanFranco Marcelletti at the Yale School of Music, and with John Finney of Boston's Handel & Haydn Society.

He is the co-founder and pianist for the avant-garde improvisation ensemble the meltdown incentive, which explores the complex relationships between text, music, and sound in edgy, thought-provoking, and often humorous new ways.

Dr. Case also maintains an active career as a scholar, with primary interests in popular music and the relationship between music and religion. He has written articles for the interdisciplinary journal Books & Culture and for ThinkChristian.org, and has given presentations at the national conference of the American Academy of Religion and at conferences and events sponsored by Harvard Divinity School, the Association for Theopoetics Research and Exploration, Andover-Newton Theological School, the Society for the Arts in Religious and Theological Studies, and many churches. In 2018 he founded Deus Ex Musica, an ecumenical organization that promotes the use of sacred music as a resource for learning, spiritual growth, and discipleship within the Christian church.

He has presented numerous papers at the national and regional conferences of the College Music Society dealing with a wide range of topics, from the ethics of music education to the pedagogy of songwriting. He has also given presentations at the national conference of the College Orchestra Directors Association on diversity in orchestral programming. In 2004 he presented his research on the rhythmic structure of hip-hop as a fellow at the Glasscock Center for Humanities Research at Texas A&M University.