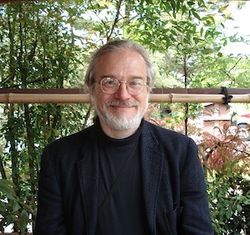 In the Spanish Civil War, the fascist Flanagist supporters of General Franco had the cry, "Long Live Death!". Now the U.S. has begun its own little experiment with this ethos. This piece is a brief parade of horrors, a portrait of the forces that have been unleashed from the national id. As a result, I have tried to write the most ugly, abrasive, and inane music I could.

While I have attempted to be realistic, inevitably I will fail, because the music can't begin to accurately portray the being who has assumed control.