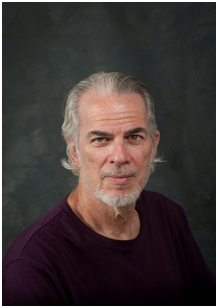 David Williams (born 1953, Enon Valley, Pennsylvania) attended West Virginia University where he earned degrees in music education, music history, and music composition. He studied composition with Thomas Canning and John Beall, conducting with Don Wilcox, musicology with Barton Hudson and Christopher Wilkinson, and orchestration with William Winstead. He lives in Dunbar, West Virginia where he teaches elementary music in the Kanawha County Schools, serves as the conductor of the West Virginia Youth Symphony's Wind Ensemble and Youth Winds, and writes music criticism for the Charleston Gazette.

Williams has composed over one hundred works including pieces for wind band, chamber ensembles, orchestra, keyboard, and liturgical functions. His setting of W. H. Auden’s Lay Your Sleeping Head My Love for tenor, clarinet, and piano was premiered by the clarinetist Robert Turizziani (who commissioned the piece) and the tenor Michael Bresnahan at Roosevelt University in May, 2007. His most recent works include the Concerto for Alto Saxophone and Orchestra (commissioned by David Wright), Sinfonia for Wind Ensemble (commissioned by John Weigand), Quintet for Winds, All the Past is Present (for the Laureate Quintet), and the concert band piece And the Marches after Twilight.

Recent notable premieres include Lost Tales/Imaginary Dances, commissioned by the West Virginia Symphony Orchestra for the opening of the Clay Center for the Arts and Sciences, West Virginia in November 2003, the String Quartet No. 1, by the Montclaire String Quartet in November, 2005 and Grotesques: Concerto for Timpani and Wind Ensemble, by Adam Mason and the University of Lethbridge Wind Orchestra and conductor Thomas Staples in October, 2005.