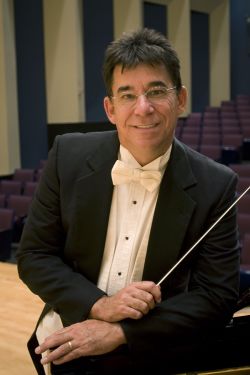 Dr. Campo earned both his Bachelor of Music Education and his Master of Music Theory and Composition from Louisiana State University. In 2007, he completed his D.M.A. at the University of Oklahoma where he had the opportunity to work as a doctoral conducting fellow and study with Dr. William K. Wakefield. It was during this same period that he composed multiple commissions for both wind bands and orchestras at the high school and university level. His works have been performed by ensembles like the University of Lousiana-Lafayette Wind Ensemble and the Acadiana Symphony.

Dr. Campo dedicated fifteen years of his career to Louisiana public school music programs. He then worked as the Assistant Director of Bands at the University of Louisiana-Lafayette from 1999 to 2001.

Currently, he is professor of music and director of bands at Stephen F. Austin State University where he conducts the wind ensemble and teaches graduate conducting. He is also the director of the SFASU Summer Band Camps.