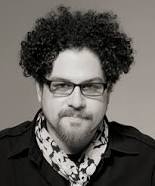 Educated at University of Michigan and Princeton, Little is co-founder of the annual New Music Bake Sale, has served as Executive Director of MATA, serves on the Composition Faculty at Mannes-The New School and Shenandoah Conservatory, and is Composer-in-Residence with Opera Philadelphia and Music-Theatre Group. He is also founding artistic director of the ensemble Newspeak. He is a member of the composition faculty at Shenandoah University.

Known for his orchestral and operatic works, most notably his opera Dog Days which was named a standout opera of recent decades by The New York Times, Little is “one of the most imaginative young composers” on the scene, a “young radical” (The New Yorker), with “a knack for overturning musical conventions” (The New York Times). His operas Soldier Songs (Prototype Festival) and Dog Days (Peak Performances/Beth Morrison Projects) have been widely acclaimed, “prov(ing) beyond any doubt that opera has both a relevant present and a bright future” (The New York Times).