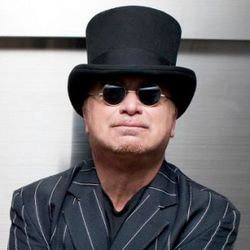 Paich is best known as co-founder, principal songwriter, keyboardist, and occasional singer of the rock band Toto since 1976. Paich wrote or co-wrote much of Toto's original material, including the band's three most popular songs: Hold the Line, Rosanna and Africa. With Toto, Paich has contributed to 17 albums and sold over 40 million records. Additionally, Paich has worked as a songwriter, session musician, and producer with a host of artists including Boz Scaggs and Michael Jackson.