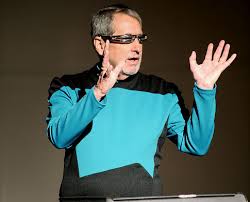 David Noon (b. 23 July 1946, Johnstown, Penn.) is a contemporary American classical composer and educator. He has written over 200 works from opera to chamber music. Noon's composition teachers have included Karl Kohn, Darius Milhaud, Charles Jones, Yehudi Wyner, Mario Davidovsky, and Wlodzimierz Kotonski. He was a distinguished member of the faculty at the Manhattan School of Music for 30 years.

David Noon is of Pennsylvania Dutch, Welsh, and American Indian heritage. His formal musical education began at the age of eight when he learned to play the clarinet. Subsequently, he took bassoon, flute, piccolo, and piano lessons. Throughout his childhood, he frequently performed in choirs, bands, orchestras, and chamber music ensembles. During his collegiate years at Pomona College, he continued to sing and play bassoon and piano. He also began the systematic study of composition. Following his undergraduate education, he attended New York University to study Medieval music with Gustave Reese. After receiving an MA in musicology at NYU, he attended Yale University, where he received an MMA and a DMA in composition. In 1972-73, he was a Fulbright Fellow in composition at the Music Conservatory in Warsaw, Poland.

From 1973-76, Noon taught music theory and composition and supervised the advanced ear-training program at the School of Music at Northwestern University. In 1976, he was composer-in-residence at the Wurlitzer Foundation in Taos, New Mexico. From 1996-98, Noon was Composer Artist-in-Residence at the Episcopal Cathedral of St. John the Divine. He was on the faculty of Manhattan School of Music in New York City from 1981-2011, where he was Chairman of the Music History Department (1981-2007), Chairman of the Composition Department (1989–98), and Dean of Academics (1998-2006). In 2007-08, Noon was a visiting professor of musicology and composition at the Central Conservatory in Beijing, China.

Influenced by Stravinsky, Webern, and Boulez, Noon wrote serial music until 1975. It was in that year, in the finale of his String Quartet #1, that Noon abruptly wrote a volta in the style of a Renaissance viol consort. This was the beginning of Noon’s conscious reference to styles, techniques, and formal procedures of the past. While often maintaining a fully chromatic harmonic and melodic language, Noon’s music frequently makes allusions to tonal diatonicism. The sharp distinction between chromatically dissonant and diatonically tonal music has become a stylistic trait of Noon’s work.

Formally, Noon’s music is clearly indebted to the Classical tradition, with his music being frequently informed by references to sonata-allegro, variation, rondo, and binary dance forms of the past. His early and continued interest in Medieval and Renaissance music has influenced many of his compositions with regard to choices of text (Boethius, St. Augustine of Canterbury, Sedulius Scottus, Columbanus, Alcuin, Villon, Petrarch), constructive techniques (including isorhythm), and basic melodic material (especially Gregorian Chant). Blending Medieval and Renaissance with contemporary procedures has become a hallmark of Noon’s pluralistic, Post-Modern work.