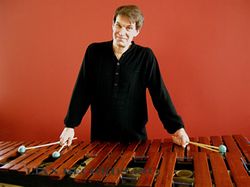 David studied with Ed Grier, John Bergamo, Shankar Gosh, Zakir Hussein, Dave Friedman, William Kraft and Charlie Shoemake. He was on the faculty of the California Institute of the Arts from 1991 until his death and taught at the Academy of Creative Education, a summer youth arts program in Los Angeles. He had performed and given clinics at numerous universities, colleges and other venues throughout the United States. He occasionally worked in the movie industry on Local 47 recording sessions and can be heard on approximately 40 movies including, Spider Man Three and Matrix.