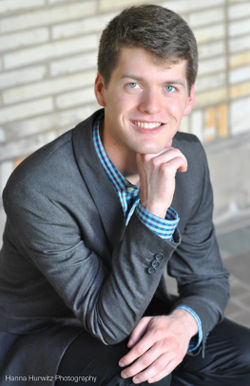 Mr. Mettens is currently [2018] a student in the Ph.D. composition program at the University of Chicago, studying with Anthony Cheung, Sam Pluta, and Augusta Read Thomas. He earned his master's degree at the Eastman School of Music, where he studied composition with David Liptak, Robert Morris, Carlos Sanchez-Gutierrez, and Ricardo Zohn-Muldoon, and computer music with Allan Schindler. He completed his undergraduate studies at the University of South Carolina with a degree in music composition and a clarinet performance certificate. He was a recipient of the McNair Scholarship, the top award USC gives to out-of-state students, and the 2013 Arthur M. Fraser Award from the School of Music. There, his composition teachers were John Fitz Rogers and Fang Man.

His work has been recognized with a 2016 ASCAP Morton Gould Young Composer Award, the 2015 SCI/ASCAP graduate student commission, and a commission from the American Opera Initiative, premiered in December 2015 by the Washington National Opera at the Kennedy Center. His orchestra piece Sleeping I am carried… was selected for the 24th Annual Underwood New Music Readings with the American Composers Orchestra and the 2015 [‘tactus] Young Composers Forum with the Brussels Philharmonic.

He has presented his research on the music of Thomas Adès at the Grawemeyer Award for Music Composition 30th Anniversary Conference hosted by the University of Louisville and the first annual THEMUS graduate-student music theory and musicology conference at Temple University. In 2012, he was awarded a USC Magellan Scholar Grant for a research project involving pipe organs, spectral music, and computer music under the guidance of faculty mentor Reginald Bain.