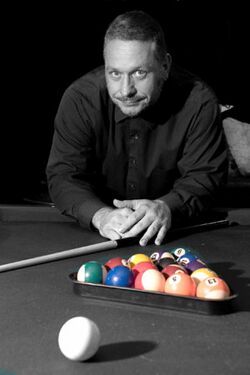 David Checketts is an American composer.

Checketts received his B.M. in composition from the University of Utah, where he studied with Henry Wolking Jr. He is active in the Salt Lake City area as an arranger, educator, orchestrator, and clinician in addition to composing, and has written for wind ensemble, chamber ensemble, orchestra, and choir.

Checketts won an award for writing for wind ensemble in 1994 as a freshman at the University of Utah, for his work Festival De Ladrones. In 2002, he was selected as the official staff musical arranger for the 2002 Olympic Spirit Band. He provided several arrangements for many different sized ensembles, and his arrangements were played at the opening and closing ceremonies as well as at venues for the duration of the games.