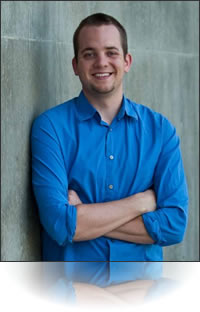 Dave Hall (b. 1983) is an American composer, educator and percussionist.

Mr. Hall’s experience in music is highly diverse, beginning with piano at the age of seven and later taking up violin and horn before starting percussion. This diversity continues today as he performs actively in the Dallas/Fort Worth area as a marimba soloist, drum set player, and timpanist, among other things. He has also performed abroad in Spain, Puerto Rico, and at the Umbria Jazz Festival in Perugia, Italy. He has played snare drum for the Phantom Regiment and Crossmen drum and bugle corps, the TCU PASIC Champion Indoor Drumline, and the Dallas Mavericks Drumline. Mr. Hall appeared as a performer and teacher on the reality TV show Tommy Lee Goes to College and has also performed with Motley Crue.

Dave is an active composer, published through C. Alan Publications. His work has been commissioned by and performed at various universities and high schools around the country. His percussion quartet Escape Velocity is the title track on TCU’s second percussion ensemble CD. His marching percussion arrangements have been played by the TCU and University of Nebraska Drumline/Front Ensembles as well as several high schools. In addition to serving on TCU’s Percussion Staff in 2008-2009, Dave served as Assistant Band Director and Coordinator of Percussion at Paschal High School in Fort Worth. He has been blessed to study with some of the greatest percussion teachers in the world including Leigh Howard Stevens, Mark Ford, Christopher Deane, Ed Smith, Paul Rennick, Richard Gipson, Brian West, Joey Carter, Al Rometo, and Tony Falcone.