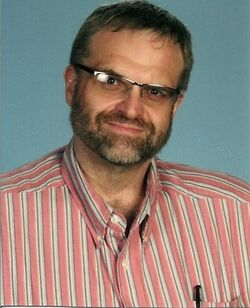 Jenkins is a native of Topeka, Kansas. He is a graduate of Washburn University and the University of Kansas, where he studied composition with James Barnes.

Jenkins’ teaching career began in 1990 when he taught saxophone and tuba for Hume Music Co. in Topeka, Kansas. After graduation from Washburn University, Jenkins taught instrumental music (grades 5-12) and part of the vocal music classes (grades 7-12) in the public schools of Troy, Kansas. He left that position in 1997 to become a graduate teaching assistant at the University of Kansas. His duties included directing the University of Kansas Jazz Ensemble III, Jazz Combo III and instructing classes in jazz improvisation and work as a Music Technology Lab Assistant. In 1999, he accepted the position of Director of Music at Hayden High School. In 2001, Jenkins joined the staff of the public schools in Lawrence, Kansas, where he taught elementary band and was an assistant with junior high and high school bands.

Jenkins has served as adjunct professor of the single reeds methods course at Washburn University (1999 & 2001) and of arranging at Sterling (Kansas) College (2000 & 2002). He has served as a guest conductor, adjudicator and clinician at several Kansas High Schools. Jenkins has written a number of works for symphonic band, many of which have been recorded.

An award-winning composer, his works have been performed and recorded by various groups across the country, as well as internationally. He has written successfully for virtually every area of instrumental music. Jenkins has written a number of works for symphonic band, many of which have been recorded. In 1989 his Variations on a Mighty Fortress is Our God won the Claude T. Smith Memorial Composition Award.