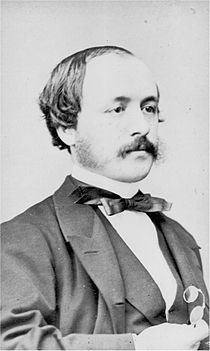 Joseph Hellmesberger (1855-1907) was born into a Viennese musical family. His grandfather was the first concertmaster of the Vienna Philharmonic, and his father was a famous violinist as well as a conductor and composer. Hellmesberger started out as a virtuoso violinist and later became a well-known conductor; he was appointed musical director of the Vienna Philharmonic. After his penchant for young female dancers of the State Theater led to a scandal, he left Vienna and concentrated on composing light music, particularly operetta.

Das Veilchenmadel was successful around Europe and saved him from financial ruin. Hellmesberger also wrote a variety of dances, including Danse Diabolique. It is an exciting piece with an energetic waltz at its height. The Phrygian mode (D-Eb-F-G-A-Bb-C) results in a diabolic atmosphere, yet at the height of the work there is an energetic waltz, a nod to the composer’s musical heritage.