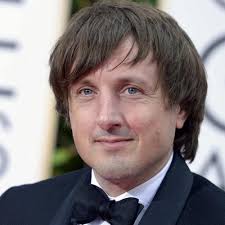 Daniel Pemberton (b. 3 November 1977, England) is a British composer.

In 1994, at the age of 16, Pemberton recorded his debut album, Bedroom, on a multitrack cassette recorder, which caught the attention of ambient musician Pete Namlook. In 2013, Pemberton completed his breakthrough score of director Ridley Scott's film The Counselor. He has also scored films for other prominent directors including Danny Boyle's Steve Jobs and Guy Ritchie's The Man From U.N.C.L.E.

In 2014, Pemberton was named the "Discovery of the Year" at the World Soundtrack Awards and nominated as "Film Composer of the Year" in 2016. Pemberton has been nominated three times for a Golden Globe award.